Sunsets, campfires, debauchery, waves, and a bag of your finest California chronic are some of the simple pleasures one will see Marin County locals The Happys enjoying while they spread their sounds far and wide across the San Francisco Bay Area and beyond. When tuning into The Happys, a listener will be meandered down a sonic river reminiscent of hopping in Doc Brown's DeLorean back to the 90s in Seattle, Long Beach, and San Francisco, bending genres and creating fresh, new surf/rock music for all ears while maintaining true to their roots and inspirations. bud.com had the chance to catch up with Nick Petty, founding lead singer/songwriter of the band. 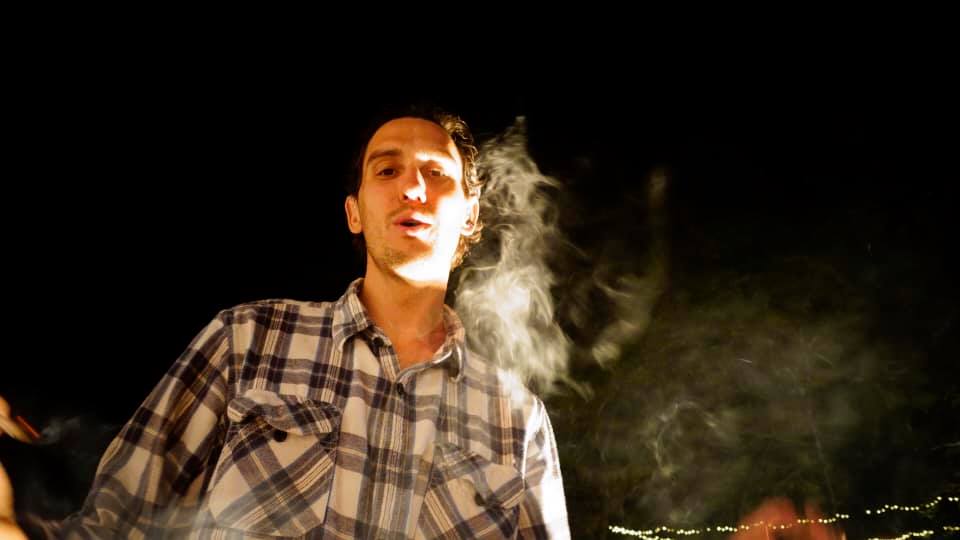 bud.com: bud.com is a San Francisco based company with deep ties to the North Bay Area, what does being from Marin County mean to The Happys?

Nick: It’s just kind of like being born near a big city, San Francisco. I think a lot of dope music came from here like Tupac, Steve Miller, and all that. It’s one of those places where you either run with the creativity, or live comfortably and don’t do anything. So it either makes or breaks people’s creativity.

bud.com: What is your favorite part about being an artist from the bay area?

Nick: In Southern California the mainstream of entertainment is there, so I think when you’re from the bay, if you’re serious about art, it gets respected in a really cool way. People dive into it because it’s not as common, so I think there’s a vibrancy that’s rare that you can get in the bay.

bud.com: For those just discovering The Happys, how would you describe The Happys musical stylings? What songs should readers check out first? 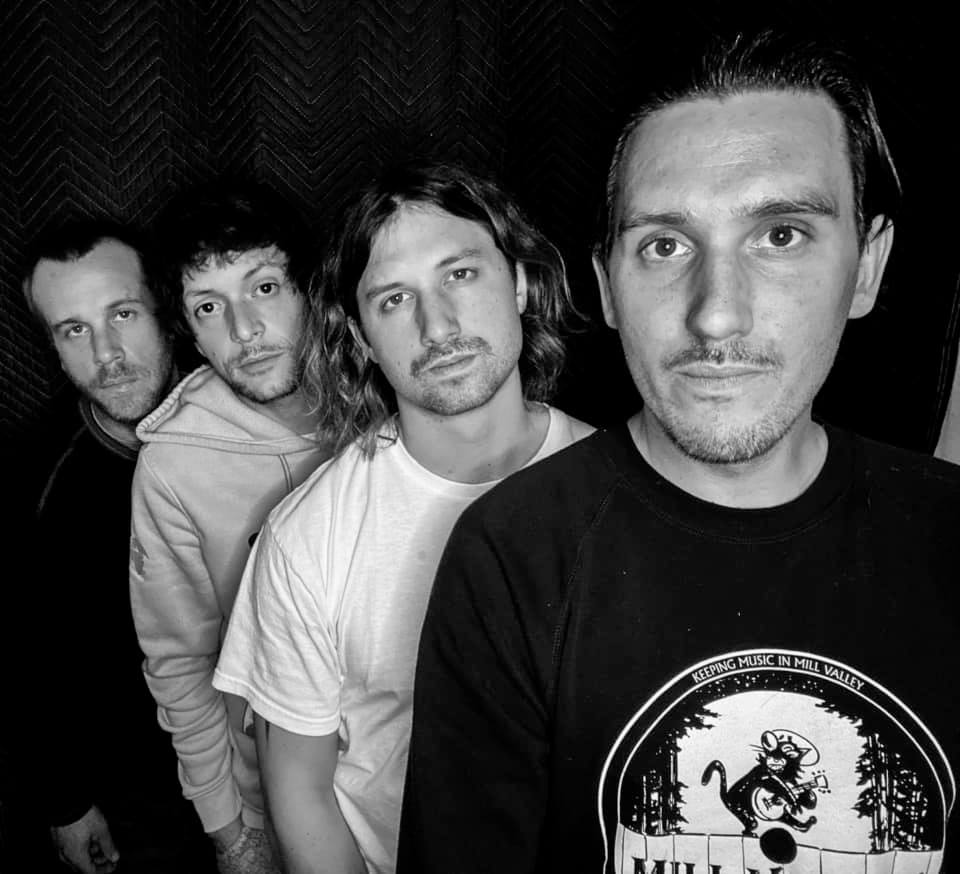 Nick: It’s taken a lot from Nirvana and Sublime, and a bit of Johnny Cash in a way, as in I’m someone who came from county jails through the mental health system, drug abuse issues with harder drugs. It resonates with people who struggle with their own mindsets and living on a day to day basis.

Probably Hannah’s Song, Trippin, You’re Getting Me Pissed as far as songs.

bud.com: Do you or your bandmates ever have your weed delivered?

Nick: Yeah. The whole band does.

bud.com: What did cannabis mean to you growing up, and how has your viewpoint or relationship changed with it over time?

Nick: Cannabis is really good to unwind, just like coffee is good to get you jacked up and ready to work. Cannabis is good after you’ve been working to decompress, and not be stressed out. It means a lot to me, because when my dad had cancer, smoking with him was a really good bonding experience. It also kept my grandpa alive when he had cancer. It’s great for appetite when people are sick. If weed’s strong enough it will humble you and make you think about the world in a bigger way, because I think I’m naturally geared like a lot of people to get egotistical, so I think weed breaks that down a little bit. I like that. It humbles me.

bud.com: How has cannabis influenced your music?

Nick: It’s part of The Happys counter-culture. We kind of try to stay clear from hard drugs and things like that. I think weed is the perfect in-between. It’s a great social lubricant, and I feel like it’s part of the culture of meeting up, shooting the shit, people of different backgrounds, all coming together, and putting the shit aside, busting out a guitar. That’s kind of the culture of The Happys. Shooting the shit, venting out about, maybe they had a bad day, it’s so common to have a bad day. It’s really good to decompress and hit a park with your homies and smoke a joint.

bud.com A few years ago The Happys played a festival outside for 2,000 people on Haight Street, if I recall correctly, how did that go, and how did that event tie into the cannabis community?

Nick: The whole counter-culture of Haight-Ashbury is so prominent with weed, it’s one of those spots, like Venice Beach, or something like that. There’s a lot of stoners over there, a lot of the Grateful Dead and Jimi Hendrix lived on Haight. Sid Vicious lived on Haight, and Janis Joplin around the corner. It’s such a dope spot, it was so important that The Happys played there. It’s a place of historical significance, you got Hippie Hill, and 4-20 was invented at San Rafael High School by this group called The Waldos who would try to steal the weed near this airforce base at 4:20.

Marin’s weird about weed, they don’t have dispensaries, so when people meet up to smoke, it’s this big thing. There are little people from pockets like Sonoma, to Stockton, to Palo Alto, they all come to Hippie Hill to get super blazed.

Haight Street is celebrated in that way with psychedelics and weed. We had a great show there and still have fans from that show. We’re with that shit. I don’t want to tell kids to go do psychedelics, but they’re smart enough to know the band has done a bit of that, and we resonate with the Haight-Ashbury people a bit. 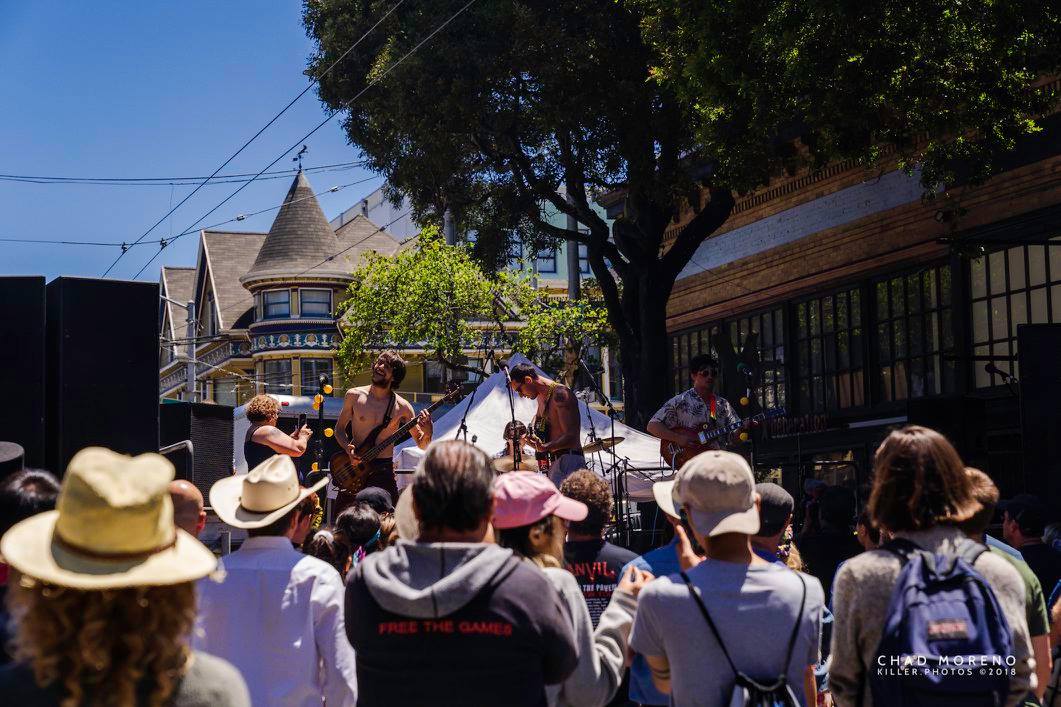 bud.com: What have you done to keep busy during the pandemic?

Nick: That’s a great question. People always said at The Happys shows, you guys are the best band, you are going to blow up! First of all, we have to have hundreds of thousands of people hear about us, so I’ve been studying guerrilla marketing, and things like that, expanding the fanbase, writing hella songs. My dad had passed before quarantine, and so did a good friend. I was going to pay for it mentally, so I started writing new songs. I worked on opening that venue in Novato…Novato means Rookie in Spanish…

bud.com: If your local fans, family, and friends knew they could get weed delivered locally in Marin County via bud.com, do you think they would check it out?

Nick: Yes, especially if at first they could get some sort of hookup, like sometimes people get thrown in an extra joint or something like that.

bud.com: When will you have some new music coming out?

Nick: June 4th. But, by late September the whole second full-length album is supposed to come out.

bud.com: Anything else you would like your fans or the readers of bud.com to know?

Nick: Listen to The Happys. Spotify. YouTube.
I appreciate it for real.