Tomorrow's Bad Seeds is an LA reggae-rock & fusion band founded by Moises "Moi" Juarez, and Mathew "Mets" McEwan in Hermosa Beach, California. As teens growing up in the South Bay of Los Angeles in the 1990s around a graffiti crew called "TBS," they named their band Tomorrow's Bad Seeds to stay true to their roots of reggae, punk rock, art, skateboarding, surfing, and the underground. Since their formation in 2004, Tomorrow's Bad Seeds have performed all over the world, taking part in massive nationwide music festivals, and have received a hefty listenership in the contemporary market. Moi stopped by bud.com yesterday to catch up and chat cannabis, music, the band, and the future with us. 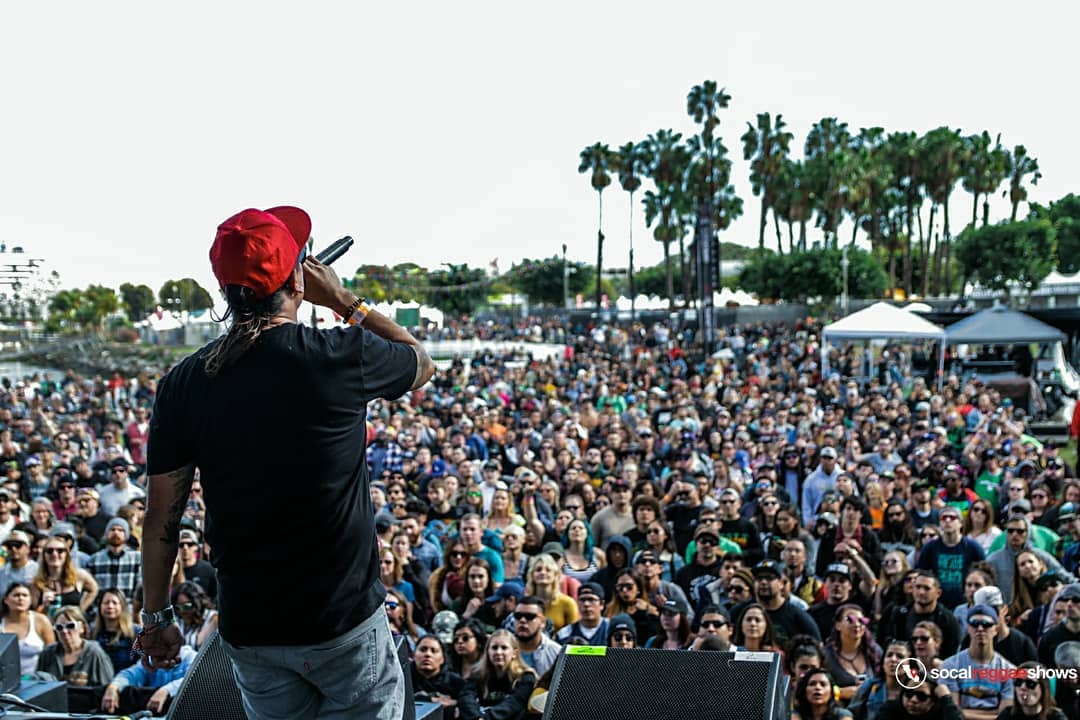 bud.com: Tomorrow’s Bad Seeds has been a mainstay in the California reggae market for going on two decades, what’s your earliest memory of reggae music?

Moi: That’s an easy one, my earliest memory of reggae music was my uncle Mike. Mike Quinn, playing Earth Crisis…Steel Pulse, on a tape player, when I was maybe… 11 years old? And then he gave it to me later on in life when was 13, 14. But, Steel Pulse, that whole album Wild Goose Chase and that whole record was my first- my favorite track on that record is Wild Goose Chase. And then getting to play with them at the Vault 350 in Long Beach back in the day was frickin’ amazing dude, hahaha. That was definitely something. But yeah, Steel Pulse was definitely the first reggae band I ever heard.

bud.com: When was the first time you ever smoked cannabis?

Moi: hahaha… First time I ever smoked cannabis was when I was 12 with my little sister who was 11. I pulled up, we lived in Redondo Beach on Graham, and it was a triplex type thing, and we lived in the back, and I pulled up from playing hockey, I used to play street hockey all the time, I used to love hockey. And I came up, and I was like, who’s that?! And I smelled it, and I was tripped out— I mean, I had seen it when I was younger because of my dad and stuff but I had never ever tried it. And I pulled up onto the balcony, and my sister was sitting there with her friend Cheryl Mantz, and they were smoking out of a foil pipe, and she handed it to me. At first I was like, “oooh, I’m gonna tell mom.” Then she was like, “Try it.” And I tried it, and that was it. I was hooked for life. hahaha. Pretty much.

bud.com: How do cannabis and your band’s music intertwine? Or do they?

Moi: They definitely do, there’s definitely a sub-culture, that I love to be a part of it. Weed songs are awesome and they’re fun, and so cliché at the time, but ya know. It’s cool, I love it, but it’s not everything to us for sure, ya know? We wanted to be a little more political in the beginning beginning, and we go through phases ya know? And love is a good big part that we all share. So we write about unity, and love, and stuff, but we don’t really look at it like anything gears us, it’s just whatever forms an idea, especially now, now that it’s so much harder for us to get together since we’ve got kids and stuff. So it’s like, just the, formulation of the idea, we just try to run with it, ya know? 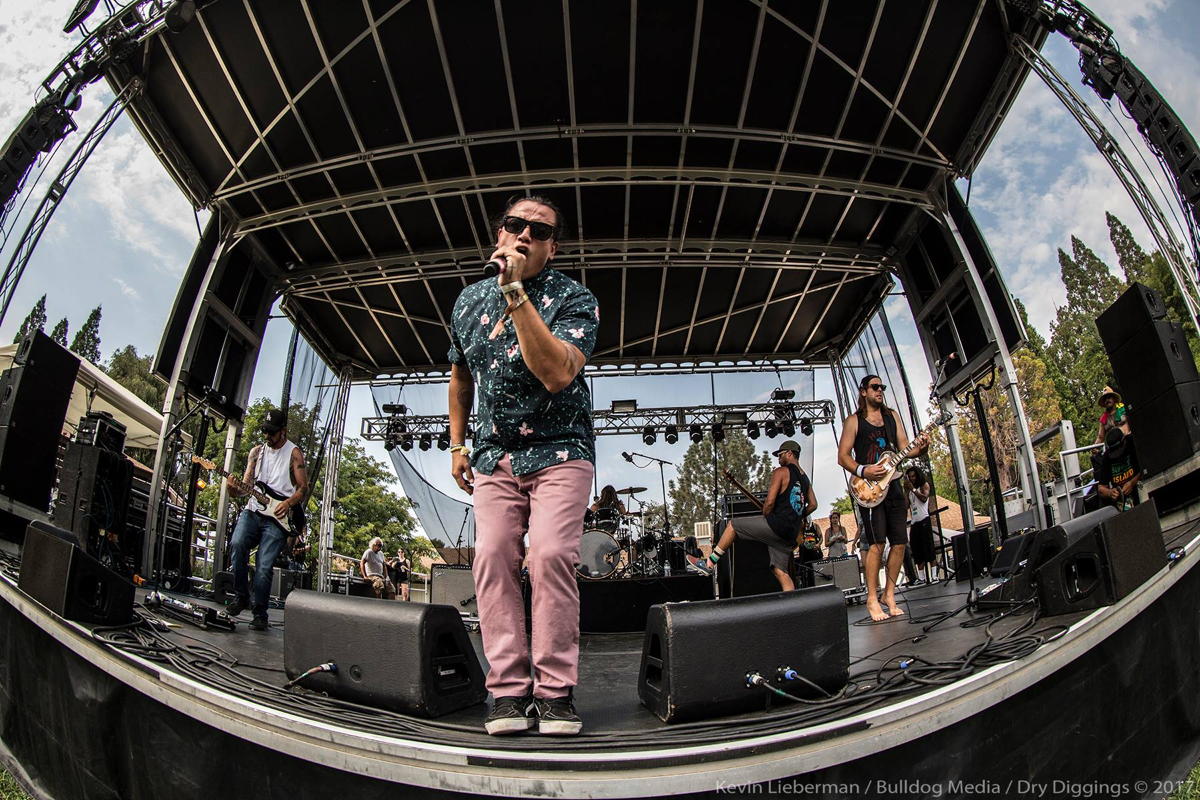 bud.com: What is the biggest cannabis event Tomorrow’s Bad Seeds has performed at?

Moi: We’ve played One Love Cali Reggae Fest in Long Beach, California Roots in Monterey, and also that other one back in the day at the same spot, Shoreline Jam. The Queen Mary Event Park, that Long Beach spot is sick.

bud.com: Do you or your band mates ever have weed delivered?

Moi: Yeah, definitely. I’ve definitely tried a couple of different delivery services. But, haha, we’ve all had the weed man show up before and give us our medicine, ya know?

bud.com: Any plans for your band to start your own cannabis brand?

Moi: It’s always been a thought, it’s always been an idea that would be awesome. But, to do it the right way, and the real way, it would be so tedious, and real. You have to have a farm that would be really dedicated to it. Anyone can stamp their name on a flavor and try to make it be something. But, I’d like to splice something cool together, something high in THC, some CBD in there too, but a lot comes with that. Obviously if you were to sign with some company then they might be able to facilitate something like that for you, but would it be something that we actually want to push like that? It’s hard to make a good strain in my opinion, that’s like the real gold rush, you can have good weed, and sell weed, and have great branding which is a huge part of it all. But if you can create your own strain, that’s a really badass strain, then it’s like, you hit gold, ya know? I gotta plug in Top Shelf Cultivations because if you’ve ever heard of them, they’ve got a strain called the Whoa-Si-Whoa. It’s the Dosi-Do mixed with the White, it’s fuckin… so strong and so good and so tasty. It’s like 90 bucks an 8th.

bud.com What have you done to keep busy during the pandemic and lockdowns since March 2020?

Moi: Hang out with my kids, wrote pretty much a whole new Bad Seeds record, and a whole new solo type of alter ego project I would say. I wouldn’t say I’m ever going to record these songs, haha. Like hip-hop, reggae, blues. A little more late 80s early 90s music. It’s pretty cool. A little like Pharcyde with maybe some Bruno Mars type of singing, because I can kind of get like that. That was produced by DENM, and now I have finished the vocals and the rest of the tracks at Pepper’s studio, and I’m going through that right now. I have a live record too, that we worked on that we haven’t released yet that we’re fine tuning, and then hopefully to release a new Bad Seeds record. DENM produced maybe 4 or 5 of the songs, and the rest of the album is produced by us. 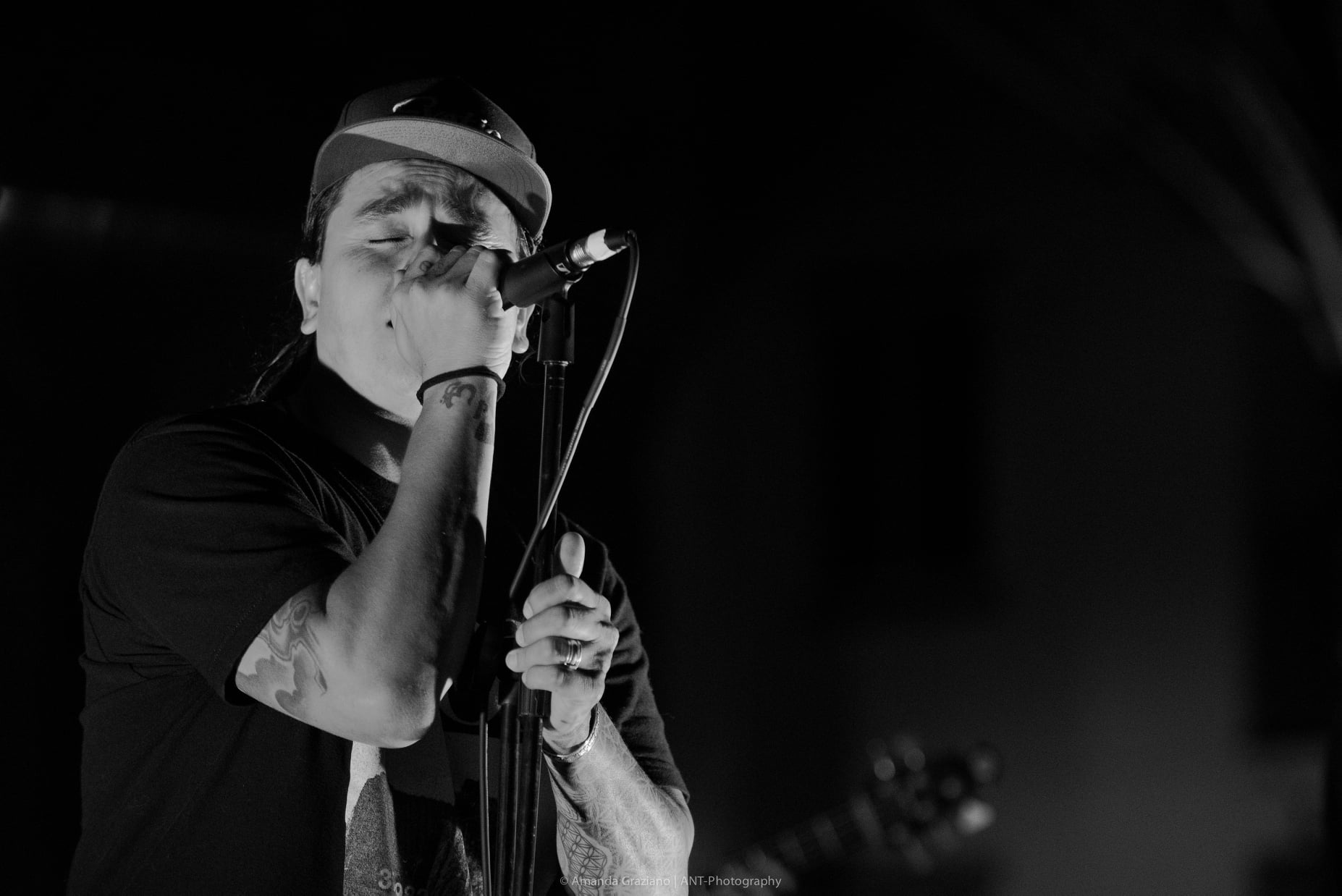 bud.com: Which do you prefer? Indica, Sativa, Hybrid, and why?

Moi: I like ‘em all. I like them all because I because use them for different things. But I can handle a heavy Indica all day and it won’t really mess with me too much, unless it’s something like the Whoa-Si-Whoa that I was talking about, like a good strong OG, then I really kinda might not wanna be doing anything. But, I love sativas in the morning or salivas when I’m really getting things going. And hybrids for me, they’re kinda like, whatever. They work sometimes, but really, for me it does affect me like that anymore because I dab a little bit too. I smoke rosin, and not really BHO anymore, good full-melt 6-star hash, rosin, cold press, like expensive stuff. But, I don’t do it often either, I take one or two dabs a day, maybe one late at night when I’m about to go to bed, never in the morning because it kind of ruins my day for real. I could smoke a sativa joint, but like I said, weed now doesn’t hit me like it used to, for sure.

bud.com: Any releases, festivals, or events you want your fans & readers of bud.com to be aware of?

Moi: We’re playing BeachLife Festival, Dry Diggings Festival in Placerville, California coming up. That’s about it, and we’re trying to release a couple of singles first, before we release a full-length or something. Because, you know how works nowadays, every release is kinda like a single. We’re just trying to get shit together, put some quality stuff out next, with visuals too, like a video with every song. It’s almost done.

bud.com: Anything else you’d like to say to the readers?

Moi: Yeah, I was pretty stoned during this interview. Because PapaJake had a really bomb ass joint of some bomb ass cereal milk. I’m a little foggy right now, but I think that’s everything, hahaha.