Delta-8 tetrahydrocannabinol, also known as delta-8 or delta 8 THC, is a psychoactive cannabinoid found in the Cannabis sativa plant, of which both marijuana and hemp are varieties. Delta-8 THC is one of over 100 naturally occurring cannabinoids produced by the cannabis plant. However it is not found in significant amounts in cannabis plants. As a result, concentrated amounts of delta-8 THC are typically manufactured or synthesised from hemp-derived cannabidiol (CBD).

In contrast to CBD, delta-8-THC produces a ‘high’ or euphoric effect that is similar, but milder than the feeling from delta-9-THC, the infamous psychoactive compound in cannabis. Delta-8-THC is an isomer of delta-9 THC. The only difference between the two molecules being the location of a double bond between two carbons.

The conversion of CBD to delta-8-THC involves refluxing CBD in an organic solvent, such as toluene or heptane, with p-toluenesulfonic acid or another acid that serves as a catalyst. The process is akin to distillation and can typically run for 60–90 min.

Delta-8 has always existed as a naturally occurring plant compound. It was not invented in a lab or chemically synthesized into existence. Delta 8 exists in 0.1% of the hemp plant, and because it is present in such a trace amount, isolating or even identifying the compound was more challenging than better known, more prominent cannabinoids.

Roger Adams is credited with discovering Delta 8 THC in 1941. A partial synthesis process enabled scientists to finally have an isolated form of the compound for the first time. Adams’ research at the University of Illinois in Champaign yielded the first pure delta 8 compound, according to historical records. Only a year later, a team of medical researchers acquired isolated delta 8 in order to study its potential therapeutic effects on humans through oral administration. By 1965, a synthesized form of delta-8 was developed. The following year, scientists at the University of Delaware developed an extraction method which allowed researchers to isolate the naturally occurring form of the compound from the cannabis plant. 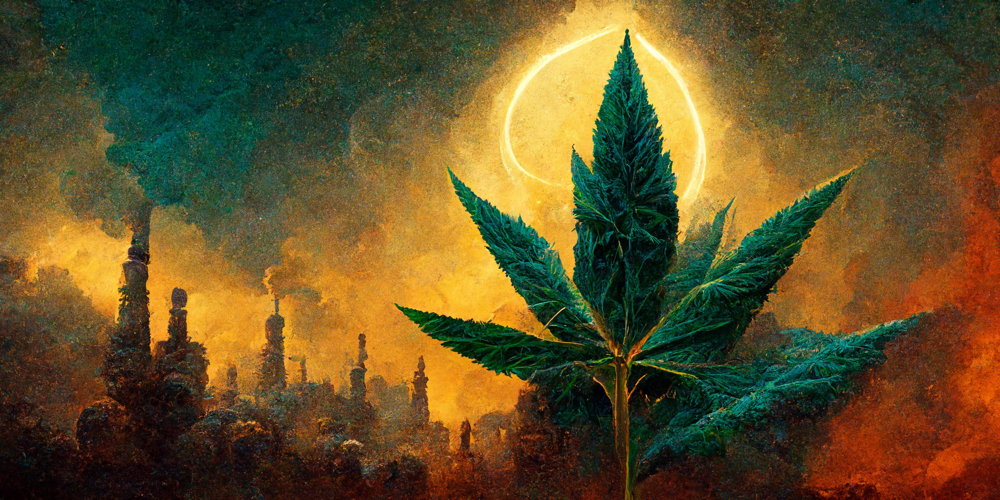 Yes, Delta 8 is considered Federally legal as it is derived from the hemp plant, pursuant to the 2018 Farm Bill, which does not expressly ban THC isomers. Unlike Delta 9 THC, Delta 8 It is not covered under the Controlled Substances Act.

Will Delta 8 flower get you high?

Delta 8 flower produces a euphoric or ‘high’ effect when smoked. The psychoactive effect is milder than those produced by smoking delta 9 THC.

Will Delta 8 gummies get you high?

Delta 8 gummies will provide a mild to moderate euphoric effect if taken in proper dosage. Given the lack of regulation it is strongly recommended to take very low amounts- starting with no more than 10mg and waiting up to one hour for onset. Eating or ingesting Delta 8 will take longer to onset than smoking it, similar to the difference in onset and absorption times for Delta 9 THC gummies.

Will I test positive or fail a drug test because of Delta 8?

Yes. Like Delta 9 THC, D8 will show up in most types of drug tests, which do not distinguish between the two cannabinoids.

What’s the difference between Delta 8 and CBD?

CBD is not psychoactive while Delta 8 products do provide a ‘high’ effect, although it is reportedly more muted by the ‘High’ associated with Delta 9 THC.

There is a pronounced lack of research regarding the consumption of Delta 8 in all forms. Long term results attributed to smoking, eating, drinking or vaping Delta 8 are unknown. The Food and Drug Administration has issued warnings about possible adverse health effects from delta-8 products. It is important for consumers to be aware that delta-8 THC products have not been evaluated or approved by the FDA. Delta 8 should be kept out of reach of children and pets.

Is Delta 8 safe for pets?

No. D8 should not be given to pets. Like Delta 9 THC, Delta 8 produces psychoactive effects that are extremely harmful to cats, dogs, and presumably parrots, fish, and other domesticated animals.

Can I buy Delta 8 online?

Yes, Delta 8 can be purchased online and shipped directly to your home or office. For tested products from trusted we recommend HempShop to buy Delta 8 online. Delta 8 flower, gummies, and pre-rolls are available for online purchase and across the U.S.