What's it like to be a Pakistani woman who enjoys cannabis, despite the deep cultural and legal prohibitions against it? Manna Zaib shares her experience with us in this week's bud diary...

They say that the hashish we smoke in Pakistan is some of the best in the world. Hash may be banned here—like alcohol—but it is widely and readily available.

People think it’s easier to live alone, without a family, but it just becomes tougher as the years pass by. I wake up early and skip breakfast. I call a cab, like I do every day, and in the 10-15 minute drive to the office, I wonder what I am doing with my life. I am in my late 20’s, unmarried. But I am in a steady relationship and we might get married at some point. In Pakistan, an independent working woman who lives away from home can only be a drug addict or “used.”

I wake up each day with these thoughts. They only subside in the evening when I meet my boyfriend. We usually meet after work at his place. He and his friends roll up, talk about politics, laugh, and smoke the night away. Sometimes they smoke and drink together. We call it a “cross” when you mix both the highs. But I don’t like drinking and avoid it.

Because it is illegal in Pakistan to purchase, sell, or smoke hashish, we don’t talk about it in public or discuss with peers unless we know they smoke.

Having being born and brought up in the United Arab Emirates, I thought Pakistan would be a drug-free, alcohol-free Islamic country. I moved to Pakistan for my undergrad, and started smoking up. What started off as an exercise to loosen up became a regular retreat.

I almost always wake up fresh after smoking up the previous night.

4pm: I just prayed and am very hungry. I’m confused if one should smoke before or after a meal. I always smoke after 8pm, after working hours. If I really have to finish an assignment and my anxiety is taking over, I’ll smoke during work hours; I carry a joint with me just in case of emergency. I have no idea if anyone in my office smokes, though we do joke about hash and its side effects. After I smoke, I do become socially awkward. I have bloodshot eyes and slower speech, so I avoid my colleagues. But I work like a train when I am high. I can focus better and think better when I am just a joint in. 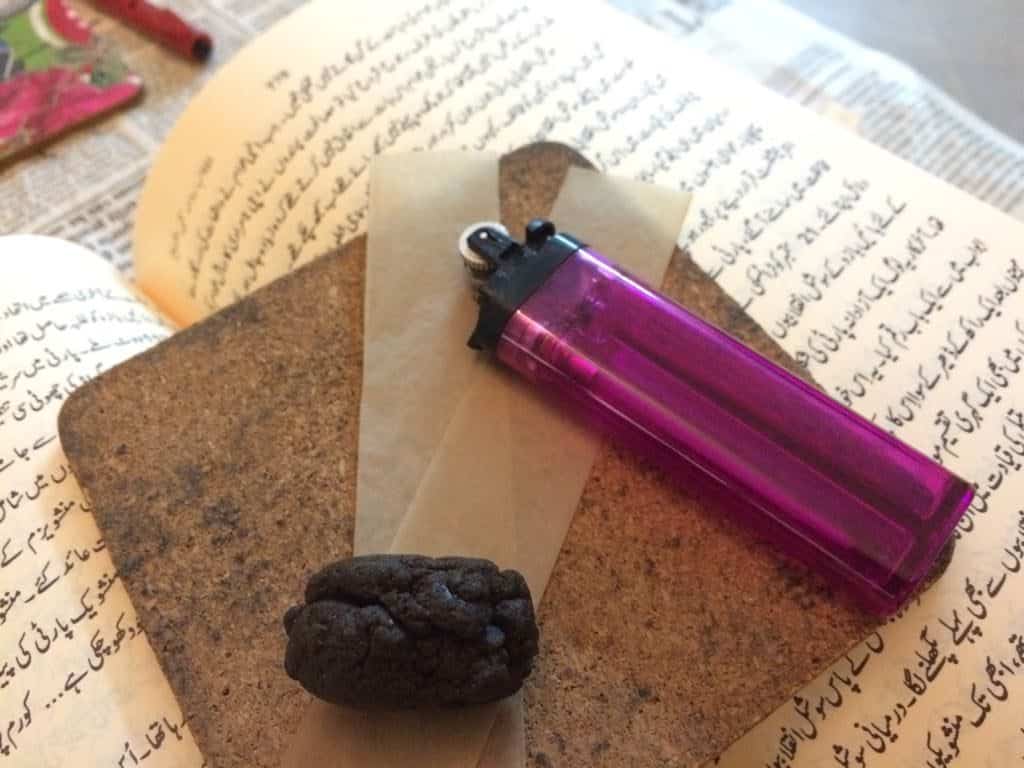 Today I might not smoke because I have a ton of work to finish, so I might not meet my boyfriend. Days I don’t smoke are dull.

I go to the office and after small talk with my colleagues, I get to work. Because it is a desk job, by 6 pm my head is throbbing and I want to smoke.

On “dry” days, when I know I won’t be smoking, I wonder how people survive without an addiction to give them some relief from their daily routine. In Pakistan, the consumption of alcohol is strictly forbidden for Muslims and use of recreational drugs is forbidden for everyone by law. We also have hardly any recreational activities. We don’t have a bar culture, nor do we have a clubbing culture, or a gaming culture (for women). Plus, life is especially tough for women because we can’t even roam in the park without getting cat called a zillion times.

Thursday’s are great. It means we are just a day away from the weekend. My boyfriend and I never have any plans for the weekend, because there isn’t much to do. But it is always full of sex and hash.

At my boyfriend’s crib, it is my turn to roll.

My boyfriend has taught me how: you start by emptying and then cleaning a regular cigarette, then you burn and add a small amount of hashish, and then you put it all on a rolling paper. It isn’t as simple as it sounds; it usually takes years and tons of practice to master.

The spicy aroma of hashish fills the room quickly. I smoke one joint and leave because I have to prepare for Friday.

Friday’s are important, as each Friday is considered a religious day of celebration. I make it a point to wake up and dress well before I leave for work. I pray the weekly compulsory prayer in the office.

After work, I leave for my boyfriend’s house. I usually spend the weekend at his place. We are out of hash but it is easy to acquire. My boyfriend calls his bootlegger, who is also his “stash guy” (drug dealer), and asks him for two bottles and one big pack—about 25 grams of hashish. 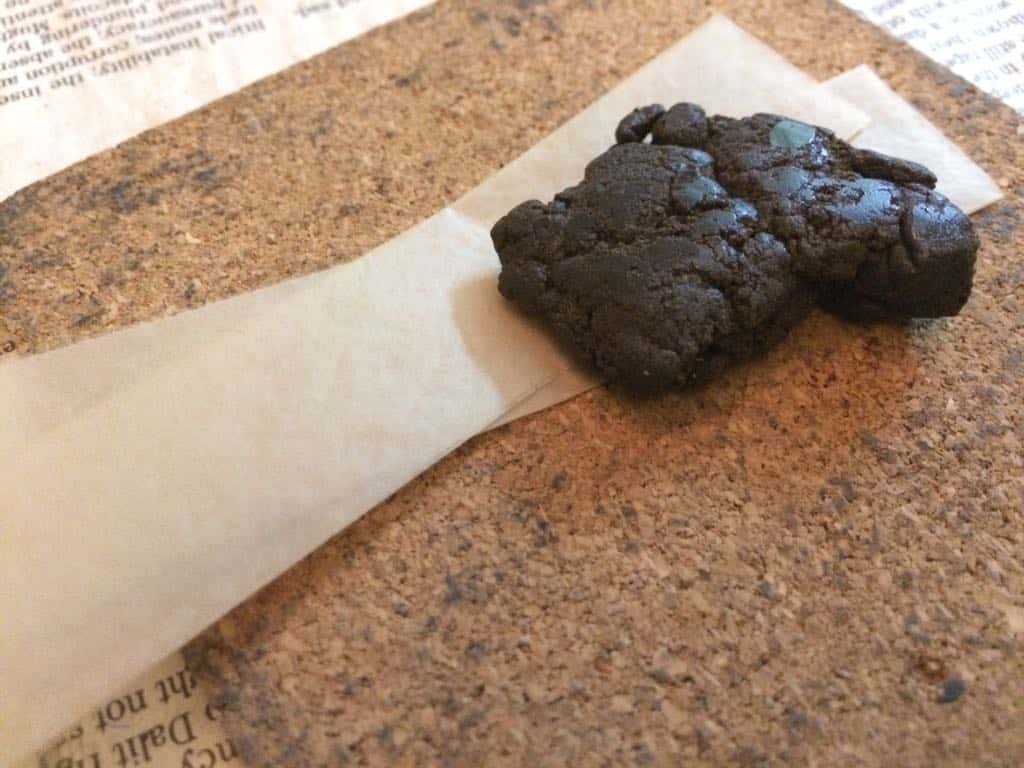 The spongy, black hashish—made from marijuana grown in Pakistan’s tribal belt and neighboring Afghanistan—arrives in an hour along with two imported bottles of Scotch.

We make about 10 joints and order food. The food will arrive in the next hour, so we are hungry by the time it arrives. Hash makes us feel very hungry and happy, but sometimes I do not realize how much I have eaten until I have overeaten. Haha. I think that is just one of the side effects.

The night is full of laughter, jokes, some serious political discussion and religious too, great sex, and a good night’s sleep.

I wake up at noon and make breakfast for all of us—my boyfriend, his roommates and their girlfriends. We are a friendly lot. It is very important to have a community in Pakistan of like-minded people in order to remain sane.

As soon as one of his friends wakes up, he starts rolling a joint. We all laugh and he explains a zillionth time that it is called “wake up and bake up.” He does this every Saturday and Sunday—smokes up before breakfast and makes us join.

Smoking up early morning makes the day bright! Last night's hangover and the sudden waking of my brain from this morning's puffing makes me tell crazy, dirty jokes. I like being mean to people when I am high. This high lasts for some 4-5 hours and then I feel drained and I sleep to recharge.

Sunday is chore day. I wake up early and leave for my apartment. The housecleaner is kind enough to come on Sundays and help me clean my studio. It takes us several hours and I cook for the entire week. I freeze some of the food. Some I store in airtight containers.

I call my parents. We talk about the week and my siblings. Then, the discussion about my wedding starts. I have crossed the ideal age of marriage in my society (18-25 years). My parents are concerned about my future. My earning a living on my own and traveling the world is not an indicator of a secure future for them. After a heated discussion, I end the call. I really would like to smoke now. I am very tired, mentally and physically. I should call them after I have smoked up so that I remain calm throughout our conversation. Instead, I decide to go to bed.

Manna Zaib is a Pakistan-based artist struggling to find her purpose and is inspired by hashish daily.